Our breathwork with kids…

And the 1st Theater Frankfurt April 23 Festival @tiyatrofrankfurt, which lasted for 3 days and 3 nights, ended … The theater play performed at the opening of the festival was a great start. Our children from 8-14 years old from Frankfurt have had the chance to rehearse the play only 6 times in the last month, which they prepared for and presented online. As @europeanschoolofbreath, we supported the team during the rehearsals with breathing, awareness and meditation exercises to help them use their voice and breathing correctly, balance their excitement and to relax and feel confident and maintain their motivation no matter what happens on the stage. Our children also made their costumes themselves, they prepared for this game with great excitement, not to mention the weekend or after-school… The families before the live broadcast on Friday night were as excited as the children! And it was an amazing show! Despite technical problems, the children performed as if they were professional theater actors and put a huge smile on our faces while still having tears in our eyes…

As the Euroepan School of Breath, our support continued during the rest of the Festival:

On Saturday, April 24, we participated the beginning of the Fairy Tale Workshop and told breathing stories and played ‘an awareness game with dance’ with the kids.
On Sunday, April 25, at the beginning of the Music Workshop, we joined the workshop with breathing games that calmed the festival excitement of the children and increased their enthusiasm. The music workshop continued full of  fun and entertainment together with 37 children who joined us plus the audience in front of their screens.

Before the days of Corona, with more than 100 families, we celebrated April 23rd with festivity, theater and folklore performances, gifts and treats for children in Belgium for 6 years in a row. This year, thanks to Theater Frankfurt, an amazing event is organized and it reached thousands of audience.

As European School of Breath, we are very happy and honored that our name is mentioned together with other sponsors to this festival, like Turkish Ministry of Culture and Tourism, Frankfurt Consulate General of Turkish Republic, Turkish State Theaters, Kocaeli Metropolitan Municipality City Theaters, YTB (Presidency for Turks Abroad and Related Communities), Hürriyet Newspaper and Düşyeri. 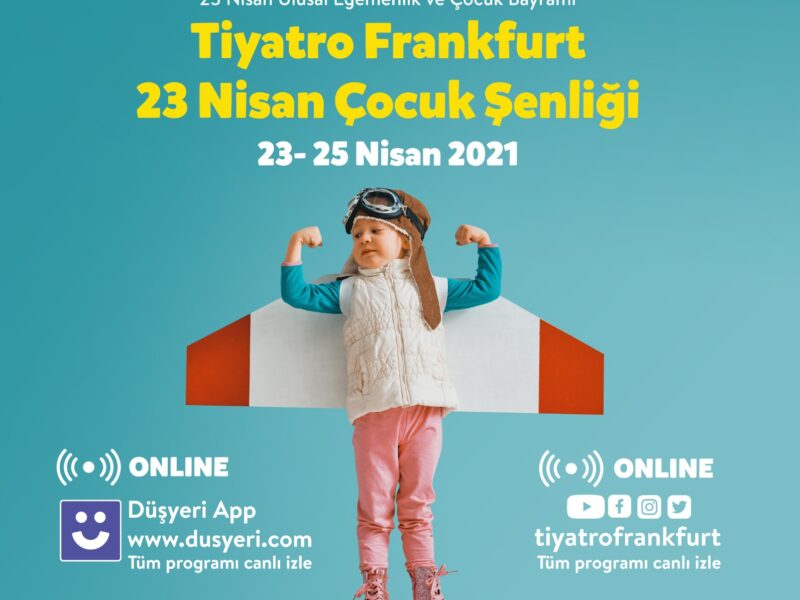 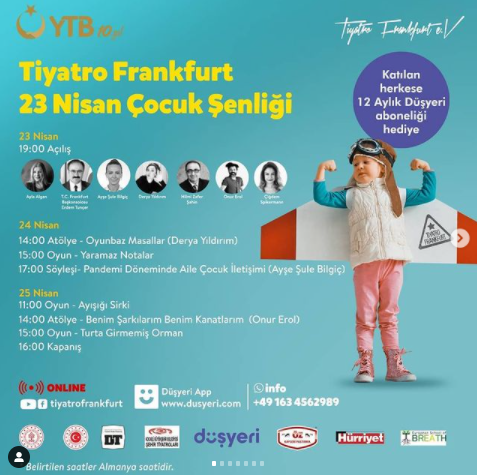 It all starts with a breath…